Fragments allow us to reuse elements of code. In this tutorial, we will adapt the RecyclerView application, so that when used in landscape orientation, it can display both the list and the fields for adding a new item, as shown here: 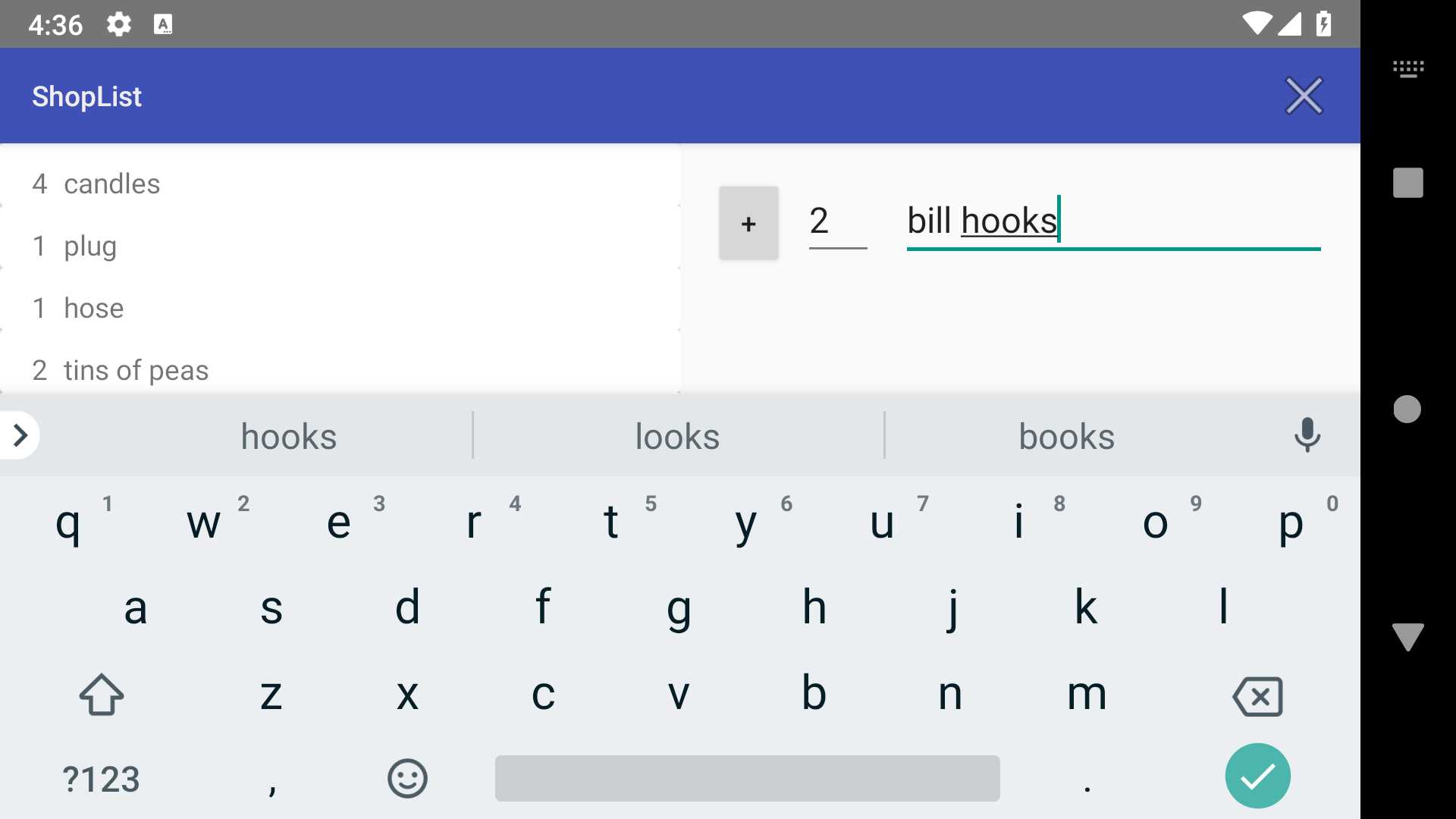 The fragment code is not as reusable as it might be. It creates an intent, finishes the current activity, and passes data back to the previous activity. When we add the Fragment to the landscape orientation of the MainActivity, we will not want this behaviour, instead we would want to update the list directly. One approach to doing this could be to write some logic to check the type of the parent activity and adjust the behaviour accordingly, however that defeats the purpose of trying to make the fragment as reusable as possible. Really what it should do is be able to say "I'm done, here is the data" to any Activity, or indeed another Fragment in which it is nested, to do this, it needs to be designed in a way that will allow it to do that without knowing about where it is. This also helps it conform to the Single Responsibility Principle, as it's only responsibility is to create a new ShoppingListItem instance.

To implement this sort of behaviour, we can create an interface inside the Fragment, and in that we will declare a method which takes a ShoppingListItem as a parameter. Anything implementing that interface would need to implement the method. We'll also create a nullable property in the AddItemFragment class of the type of the interface. When the fragment is created (for example by an activity) if this other class implements the interface, we will set it as that property. When the Fragment has a ShoppingListItem it can make a safe call to the property and pass the ShoppingListItem. Although this probably sounds confusing, it should make more sense once you write the code.

Moving the RecyclerView to a fragment

Eventually we will create a landscape layout version of the activity_main.xml file, which will show both the RecyclerView and the AddItemFragment side by side. To simplify things, we will move the RecyclerView into a fragment also

Adding the ShopListFragment to the MainActivity

Handling callbacks from the AddItemFragment

In the same way the we made the AddItemActivity implement the AddItemFragmentListener interface, we can do the same for the MainActivity.

The add item fragment could be used for collecting a quantity of any item (not just a shopping item). Modify the code so it is more generic. This means that it shouldn't depend on the ShoppingListItem class, and that the placeholder text from the item name should be customisable

We have had to expose the adapter outside the fragment. This is unwise, it should be encapsulated, refactor the code so that the adapter is private - you will need to add methods to the fragment to handle to changes to the adapter

Add functionality, such that when an item is long-pressed, and edit dialogue appears and allows them to change the item and count. As a bonus, consider handling changes to the plurality of the item if the count is changed to, or from, a value of one. Watch our for products like potatoes (or sheep).