This tutorial works through the process of creating a revision app with virtual cue cards. Data storage is implemented using adherence to the NSCoding protocol and uses NSKeyedArchiver and NSKeyedUnarchiver

A starter application is available for cloning from GitHub, however if you wish to develop the whole project for yourself, then create an iOS application with a storyboard similar to that shown below: 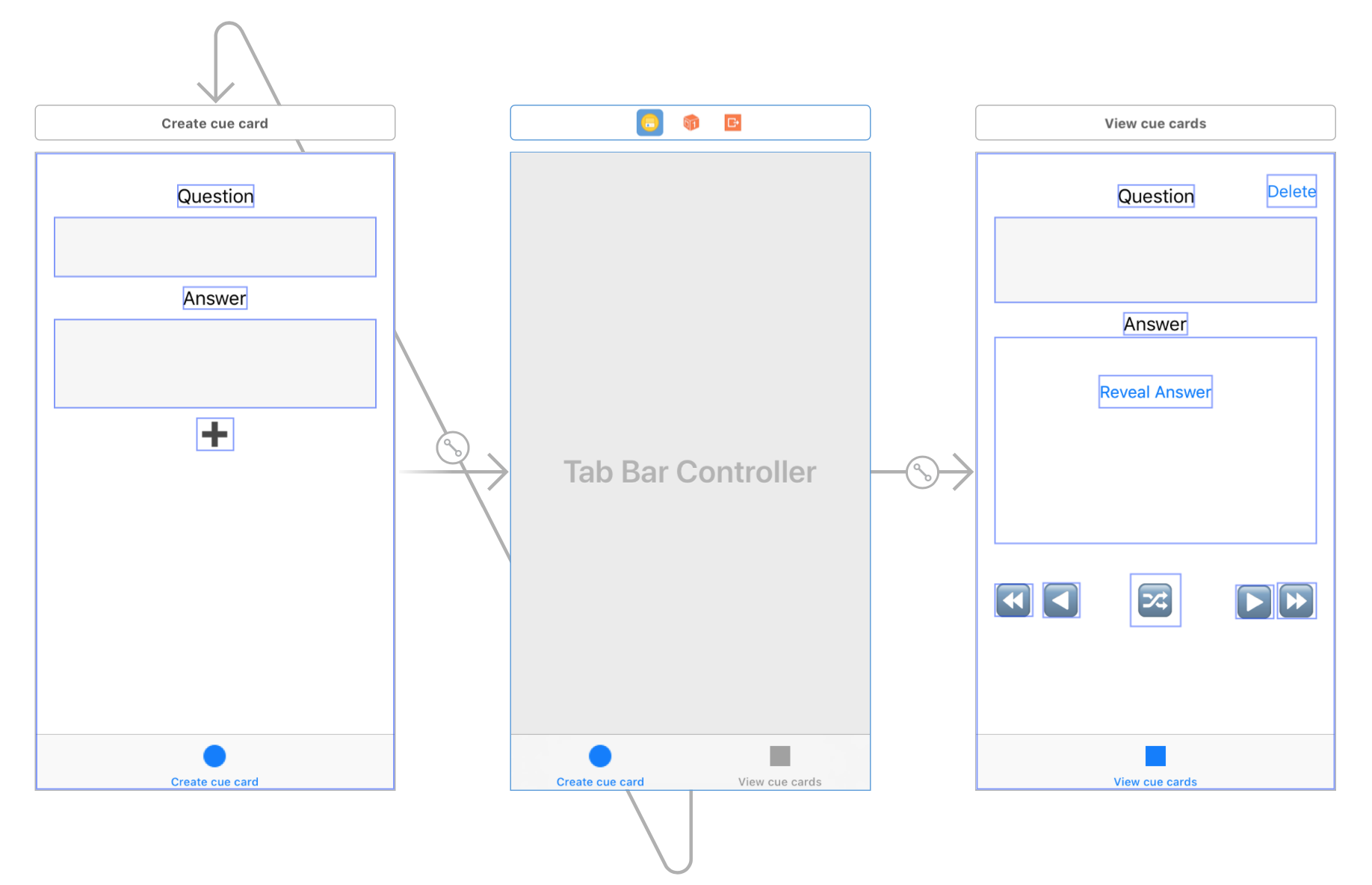 The outlet and action names in the below code should be semantic enough for you to identify which element on your own storyboard the below to. You will need to add the delete button if you use the project from GitHub.

iOS applications should adhere to the MVC design pattern, so the process of retrieving, adding, removing and storing tweets should not be handled by the View Controller. Instead the view controller should simply call appropriate methods within the card manager based on user interaction with the view, and update the view as a result of changes in the manager.

There is some debate about the use of manager classes in programmes (summarised quite nicely by the following tweet), but some would argue they have their place.

Naming things is not so hard: If it’s unclear what your class does or will do in the future, you call it „Manager“. Just like in real life.

The Card manager will be used by both the create cue card and read cue card view controllers, but it should be the same manager and we only ever will want one of them within our app. This creates a good argument for making it a Singleton.

With the Singleton design pattern we can ensure “ a class only has one instance, and provide a global point of access to it” (Gamma et al., 1995, p.127)Gamma, E., Helm, R., Johnson, R., Vlissides, J. (1995). Design Patterns: Elements of Reusable Object-Oriented Software. Indianapolis, IN: Addison Wesley.

In Swift making a class a Singleton requires having a static public property that refers to the class, and making the init method private

Linking it with the controllers

NSCoding is just one way of persisting data. It could also be achieved by implementing the Codable protocol. Create a version of the project that persists data using Codable instead of NSCoding.