In the app so far, when we add one of any item to the shopping list, it doesn't always make sense when displayed, for example if we add 'cheese' to the shopping list, it displays a '1 cheese'. Some, but not all users might like to hide the count when it is one. In order to facilitate this, we can add a settings screen to our application where the user can determine whether this functionality should be enabled or not 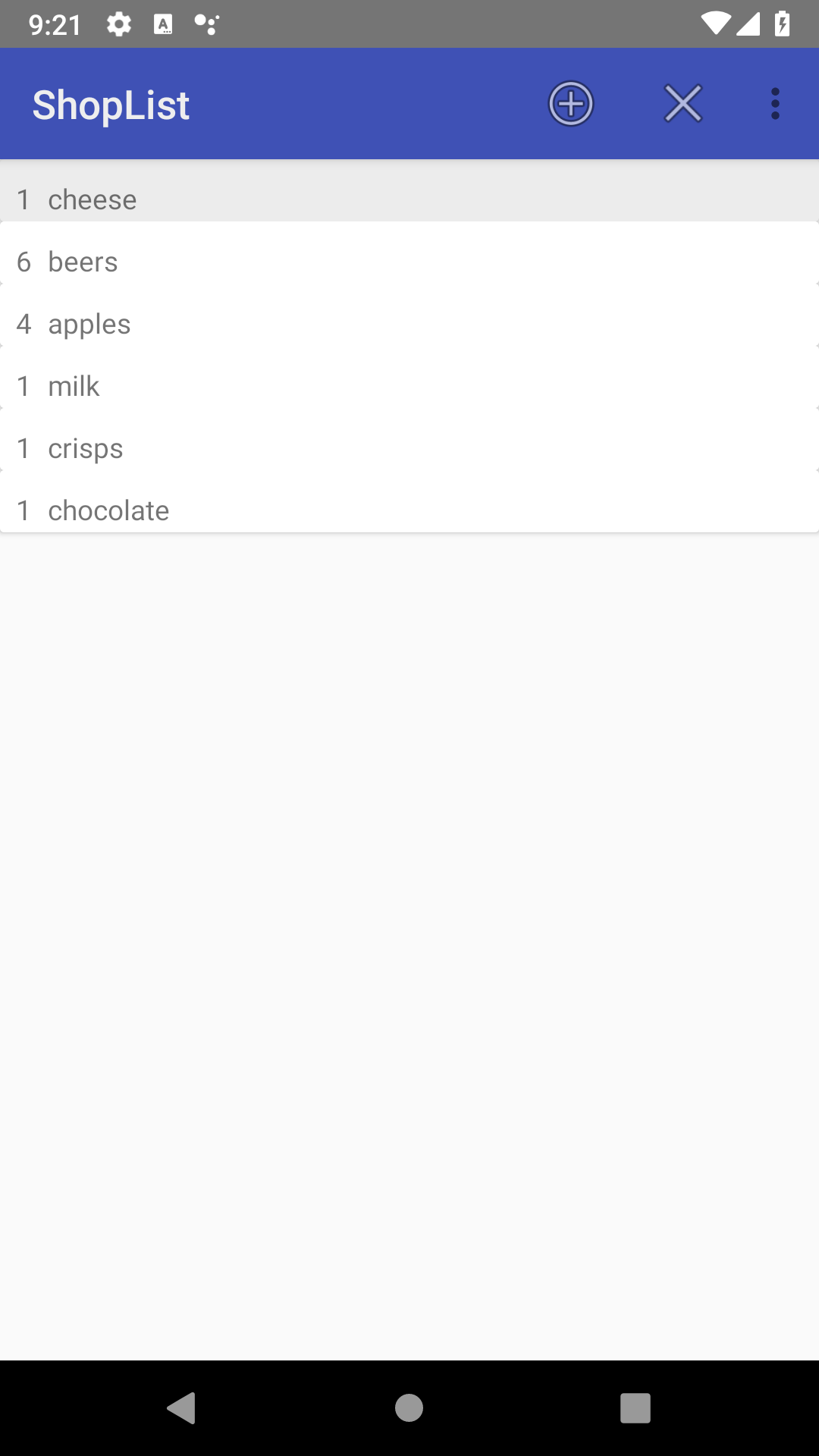 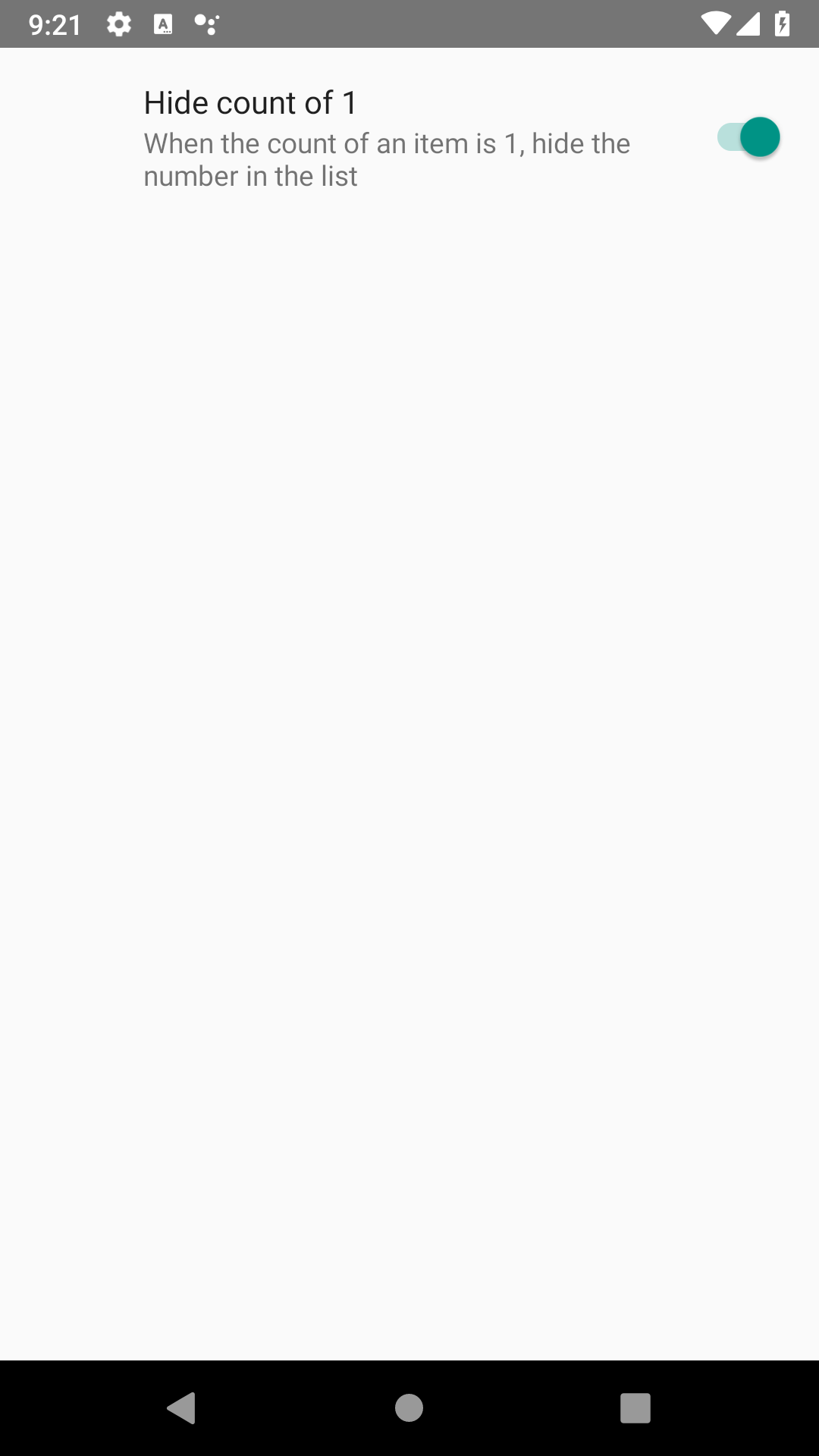 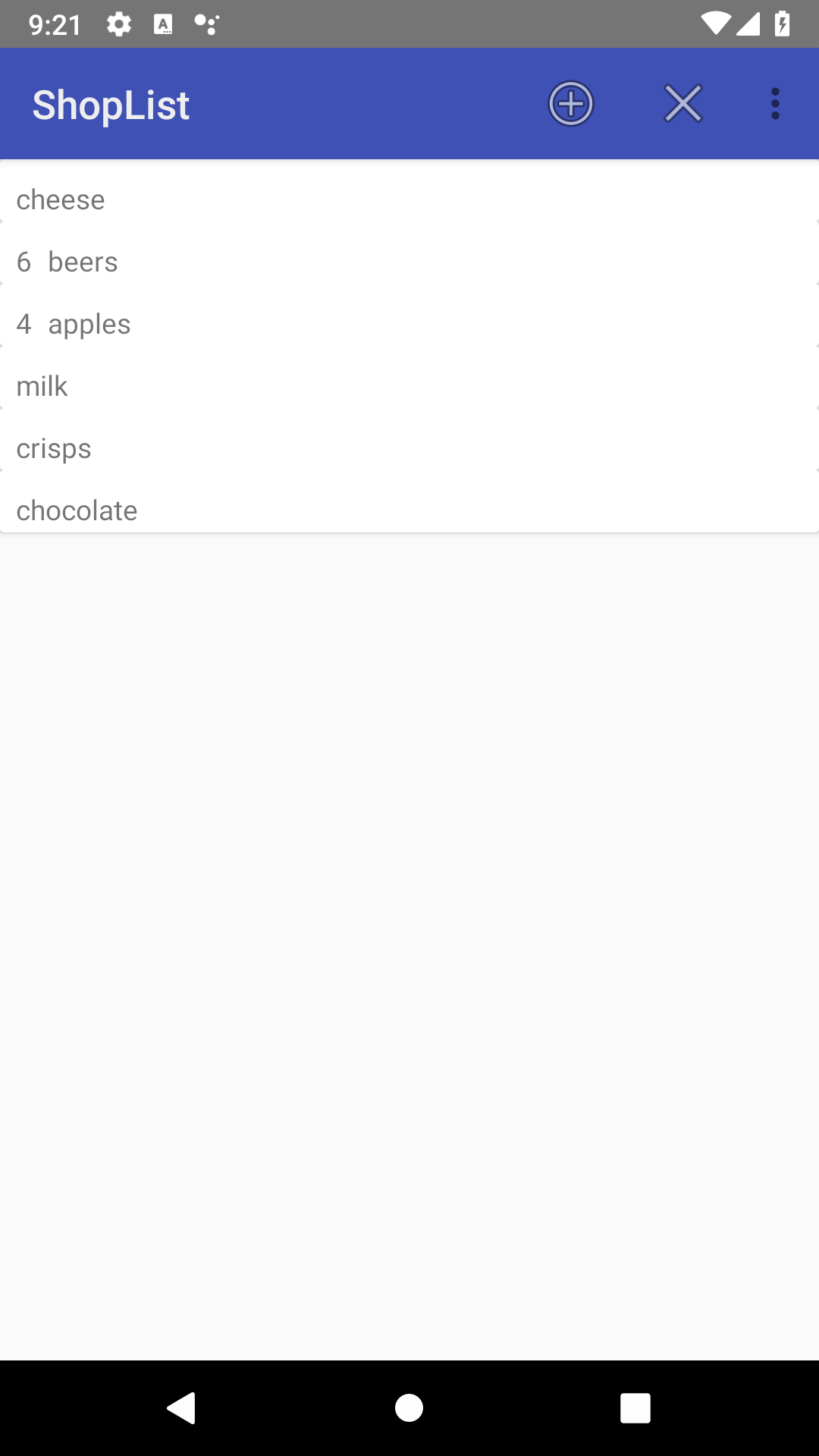 Android makes it easy to display settings, we can programmatically create a Fragment which will automatically provide a layout for the settings defined in the preferences XML file. This makes use of a backwards compatibility library, which must add to the project first

As we will want to display the settings fragment in its own Activity, we need to create an activity which just holds the Fragment

We now need to provide a way for the user to access the settings. You may recall from the RecyclerView tutorial, that we actually removed a settings menu! Now we will add one back again

Although the settings can be changed, they don't yet affect the running of the application.

Tidying up the layout

You may have noticed that the margins differ on the count TextView and the item name TextView.